YOUR WINDOW INTO THE TECH SCENE

While Australia is progressing forward to a more gender-inclusive work environment, there is still a long way for us to go. As of February 2020, only 30.7% of directors in the ASX 200 were women.

In celebration of International Women’s Day on 8 March, we are taking a look at women in the workplace and how their leadership affects the industries they are in. We spoke to women leaders from three Australian companies to hear about their experiences throughout their careers and how female leaders are changing their industries.

Progress is happening, but there’s still room for improvement

With three in five employed Australians (59%) believing there is still room for improvement when it comes to women in leadership and senior roles, there is clearly more to be done – and it starts with the hiring process.

“It may sound cliché, but most organisations do not seem to realise the unconscious bias in the workplace towards females, especially in recruitment and job allocation processes,” says Tiffany Ye, Business Analyst from ELMO.

It is important for everyone to be aware of unconscious bias, both in hiring and day-to-day business. Management teams have a responsibility to not only identify harassment, but also stamp out general negative mindsets against women.

The mindset that needs to be adopted is all about making diversity in the workplace the new standard. Ye highlights that businesses need to “recognise success equally. I strongly believe that acknowledging the success of women is not about creating rewards specifically for women. It is more about applying the same standard to everyone – no more and no less.”

Flexibility is also key to supporting women in the workplace – especially working mothers. Megan Lowe, General Manager of Product for Flight Centre at Flight Centre Travel Group, believes this comes down to “creating an environment where mothers can return to work and not have to give up their career ambitions due to travel requirements, lack of flexibility or expectations of senior roles. She says it’s critical to “help create a pathway for working mums that don’t want to work full time and move them towards more senior leadership roles.”

According to a study by McKinsey, there are nine key behaviours that make an effective leader:

The same study found women use five of the nine positive leadership behaviours more than men do: people development, role-modelling, inspiration, and participative decision-making. This is not to say males do not make good leaders, but rather that in some situations, women may demonstrate more effective leadership qualities than their male counterparts.

Lowe echoes this sentiment: “Women show more vulnerability, they open themselves up, are more inclusive, caring, honest and want to collaborate to get the best business outcomes”

So what can we do to see more women in leadership roles? It’s up to both employers and employees to do their part.

“Each generation faces its own challenges they must solve,” says Bettina Marson, UX & UI Specialist from Telstra. “The next generation of women need to embrace their diverse skill sets, backgrounds, ideas and unique opportunities so they can thrive.”

Women should be seeking out and taking on new opportunities when they arise. Educating current business leaders is also critical in bettering workplaces for women.

“Providing guidance and training around gender equality and unconscious bias, will be more useful to change the culture, which will put all female employees on a level playing field with their male colleagues,” says Ye.

Attracting and retaining women in leadership

Having diversity in leadership roles benefits everyone involved as you get new perspectives and different types of leadership skills that each gender thrives in. Attracting and retaining women in leadership roles comes down to how much you are doing to better the experiences of women in the workplace.

Ye suggests that “more companies employ female mentoring or leadership trainee programs, where senior leaders can touch base with their female mentors regularly to listen, coach and help them thrive in their career.”

“The female leaders I’ve worked with were honest, challenging, constructive, introduced me to other women and men across the business and ultimately helped me achieve my goals,” says Lowe. “I believe we have come a long way in creating a support network for women to grow and develop as leaders.”

Ultimately, attracting and retaining women to leadership roles is about growth. “There is so much we can learn from the mistakes of the past in order to achieve a better tomorrow,” says Marson. Being aware of the gender disparities that still exist in the workplace is not enough. Businesses need to be working towards creating a better environment for women to thrive in. 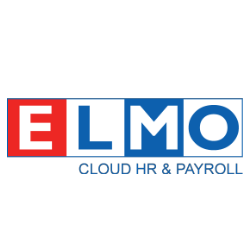 The place to be forward thinking

Workplace Flexibility: The Key to Hiring and Retaining Top Talent

Cybersecurity and Risk in 2020 and Beyond